Lego, Pirates, and a review.

If you had a happy childhood I’m willing to bet that you played with Lego; and I think we can all agree that before humanity had Lego, things were legitimately much worse. Ok ok maybe just maybe I’m exaggerating a bit… well mostly, yet it is true Lego is an incredibly popular toy for youngish children and some distinguished, certainly not immature, grown ups. Lego captures that instinct towards construction and destruction equally and, perhaps most importantly, is aesthetically and ergonomically outstanding, easy to play with and cute. Sadly Lego is depressingly expensive otherwise I’d be living in my very own Lego house… actually scratch that, I meant my very own Lego castle.

Right. No more about Lego bricks, lets talk Lego games, specifically lets talk about the combination of Lego and successful movie franchises. In time for the release of Peter Jackson first ‘Hobbit’ film we have ‘Lego The Lord of the Rings: The Video Game’. I recognise this as a smart tactical move for all involved but frankly I don’t care, I can’t wait to have a cute Gandalf run around with Saruman while fighting an enraged Boromir. The way you play with characters within the game is in a sense therefore very similar to how you might with real Lego. It’s almost like they planned it that way.

That enough bigging up games that may quite possibly be an expensive and childish waste, should you play with them once for nostalgic value before cleaning up and packing the pieces away to collect dust… I may be talking about real Lego again. Lets take a look at ‘Lego Pirates of the Caribbean: The Video Game’, intuitively it ought to be a reasonable guide to what we can expect from Lord of the Rings. The game is based on the films, each of which gets five levels centred around key scenes. Levels can be played in either story mode or free play mode. The game itself, like other film adapted Lego games, has a platform/adventure feel to it. You and your little buddy roam a mostly linear area until you collect said thing or things and so on. Progression throughout the game relies on abilities; certain characters can double jump (that time honoured impossibility), others can shoot blah blah blah… The levels are thus built around the players ability to utilise their characters and collect all the… insert valued object(s).

Great stuff, for me the real spice of the game is that you can explore and live out the Pirate films. Lego allows you to play with a world and the games continue this, perhaps you wanted Davy Jones and Blackbeard to tag team against Will Turner and you just couldn’t understand how the films had failed to cater to such a specific taste. More’s the pity. So much for an overview, how does the game actually add up?

Well ‘Lego Pirates of the Caribbean: The Video Game’ is a lot of fun. It offers a decent variety of characters and an incentive to continue through levels. Unlocking new areas, characters and cheats supplies said motivation; you are required to collect ‘studs’ which can be used to purchase characters and cheats. The humor of the game is in keeping with previous titles, cut-scenes follow the films scenes closely with the traditional Lego hi-jinks attached. Fortunately the challenge has stepped up, a welcome difference, ‘Lego Star Wars: The Video Game’ offered half the challenge; I’d often finish a level off in one, sometimes two. Music and the co-op mode are traditional stables for Lego and both remain superb.

Ok the challenge has stepped up but it hasn’t jumped, often collecting the next thing simply requires gaining the appropriate character ability which itself required saving and purchasing, a good old fashioned grind offering only the illusion of incentive. The game play can become repetitive, it’s tedious cleaning up Lego after a good play. Lego Pirates at times is no different. Frankly there is only so many times lighting a cannon can be fun. As it happens the humor can be a tad childish, not in itself a bad thing but this isn’t a game for those looking for a serious laugh.

Well Lego film games aren’t for all; they are fun and creative offering a decent challenge and a fun way to explore stories and characters you may love. Yet the fun cannot last forever; things rapidly go from amusing cut scene to dull and grinding. In short if you think playing with Lego for a couple hours would be unbearable I doubt this is the franchise for you. If however you think hours of Lego would be bliss I doubt you’d be disappointed. Both views are seem fair. Personally I can say if you’re looking to kill some time and are tired of FIFA, Call of Duty, Halo, or Final Fantasy it’s worth a go. 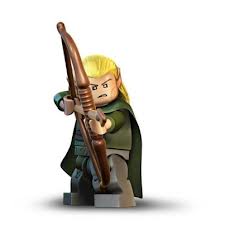