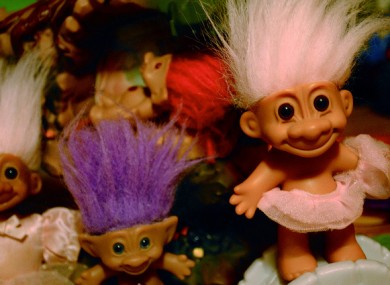 If you use Twitter, log onto any social network, use or follow any blog, you are probably familiar with the phrase ‘Internet troll’.  The term “troll” has become increasingly widespread and today we are hearing more about the Internet phenomena of ‘trolling’ more than ever before.  We hear about it on the news, we read about it in newspapers and we hear awful stories but we can easily become victim of it. We hear so much about it, what exactly is it? Here is a definition of the Internet passtime, courtesty of the Urban Dictionary:

“One who posts a deliberately provocative messages to a newsgroup, social network  or message board with the intention of causing maximum disruption and argument.”

Internet trolls love to infuriate, upset and annoy those on social networks. They go out of their way to post nasty tweets and malicious comments, often sending abusive messages. For example, back in July, Olympic bronze medal winner Tom Daley received vile tweets from a Twitter user who criticized Daley of failing to win gold  in the synchronized diving, telling him ‘You let your Dad down I hope you know that.”

Daley’s father tragically died from cancer last year. The twitter user who was responsible of the tweets sent to the diver was later issued with a harassment warning.

Back in June of this year, the UK government proposed major changes to the Defamation Bill which would give the victims of internet trolling, the power to identify them. Justice secretary Ken Clarke explained:

“As the law stands, individuals can be the subject of scurrilous rumour and allegation on the web with little meaningful remedy against the person responsible.

“Website operators are in principle liable as publishers for everything that appears on their sites, even though the content is often determined by users.

“But most operators are not in a position to know whether the material posted is defamatory or not and very often – faced with a complaint – they will immediately remove material.”

Too many of us online are becoming victims of trolling nowadays. We are being targeted online for no reason whatsoever and it’s getting out of hand. It’s gone beyond cyber-bullying, it’s gotten so bad that trolls in the past have resulted in sending death threats to their victims. This is completely and morally out of order and so wrong. Take last week for another example, but on a much more sinister note. Australian model and television personality, Charlotte Dawson, was targeted by trolls on her Twitter account. She was inundated with harrowing messages telling her to ‘please hang yourself promptly’ and other death threats. It was later revealed that Dawson was admitted to hospital after a suicide attempt.

I think it is about time the government in our country acknowledged such a massive problem like this and take action against it. I think something really needs to be done with such a topic like this, since so many of us online get targeted. Trolls are cowards; they shield their identities so they can’t get caught but maybe not for much longer. Hopefully in the future we can identify the trolls and see something done about it.

I’m receiving nasty tweets online, what should I do?

First and foremost, trolls love getting attention, recognition and a response. If someone is sending you a malicious tweet or message, do not reply. It’s hard to ignore nasty messages but it is best to just that, simply delete the message or block the user. Most websites allow you to report abuse and if the website enables you to do just that, do it.

Five tips for dealing with trolls: