Five Mythical Places You Should Visit

Nowadays jetting off around the world is becoming ever easier, and as an exciting if slightly sad idea that many places known from mythology and folk legend are now open to the public. Here are a few of them:

The industrial port city of La Coruña is situated on a part of Spain’s northern coastline wracked by so many stormrs that it’s known locally as the Coast of Death. According to Ancient Greek and Celtic tradition, this Roman lighthouse is the site where the demigod Hercules buried the head of the giant Geryon that he killed after three days of fighting. 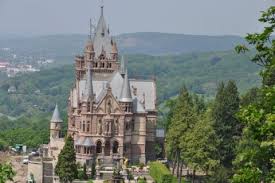 2. The Drachenfels and Drachenburg, Königswinter, Germany

Situated on the banks of the Rhine is the the rock where the ancient German hero Siegfried killed a dragon. (In some versions the dragon was actually a shapeshifting dwarf but we won’t go into it here.) Down the path from the rock is the surprisingly-modern castle featuring frescoes of the Nibelungenlied, an ancient, equally violent equivalent of Game of Thrones (see Django Unchained for a brief, slightly confused explanation). 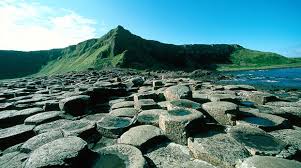 In Irish legend, the causeway is said to have connected Scotland and Ireland, and be the site where the Scottish giant Benandonner walked across to fight the Irish giant Finn Macool, then destroyed as he ran back over it in fear of his opponent. (Macool had pretended to be a baby, and Benandonner, who obviously wasn’t very bright, decided that if the baby was almost as tall as he was and had all of it’s teeth, he didn’t want to meet its dad.)

It’s that Hercules again, this time in the Mediterranean. The rock of Gibraltar was believed to the Northern one of the two pillars that marked the extent of Hercules’ travels. Since Hercules had declared it the end of the world, this deep cave network was concluded to be an entrance to the underworld.

Also called Rama’s bridge or Adam’s bridge, these connected limestone shoals have been equated to a bridge that was created so that Lord Rama could cross the sea to rescue his wife from the demon who had kidnapped her. Depending on the version of the myth, it was made by a group of monkeys either out of wood or by making boulders float.

This shares its claim to being Zeus’ birthplace with the nearby Ideon Cave- either way, it’s agreed that the king of the Olympian Gods was born in Crete, and hidden until he was fully grown to prevent his father from eating him. Prophecies- far more trouble than they’re worth.