Apparently there is something going on with fairy tales that makes Hollywood film four or five a year. I liked Snow White and the Huntsman (despite Stewart’s inability to act) and I like the TV show Once Upon a Time (despite that AWFUL CGI). I will see that Hansel and Gretel film with Jeremy Renner, although lots of people have said that it is a waste of time… If that is the case, I will content myself with watching this adaptation of Jack and his magic beans. It will be definitely an interesting turn of the events, and a modern view of the fairy tale. Plus, it has rising star Nicholas Hoult (that boy is going to be everywhere over the next months) and one of the most underrated actors of the present film scene, Ewan McGregor (he is the best).

You will probably like it if you love: Snow White and the Huntsman, A Knight’s Tale.

And from the magic hands of Steven Spielberg, a new animated film is going to see the light this year. It is about a family. Well, a prehistoric family, and they decide to go on a road trip to a magical world. So it is like the Flinstones go to Oz. Anyway, it sounds like fun, and the characters are voiced by Nicolas Cage, Emma Stone, Ryan Reynolds and Catherine Keener.

You will probably like it if you love: The Incredibles.

I haven’t read this book, but yes, I read the Twilight saga, and look what a mess they did (at least with the last three), so this could come as Razzie material if it inherited its predecessor’s quality. But I am going to forget about that, because this one has nothing but solid actors: Diane Kruger, William Hurt, the splendid Saoirse Ronan as the lead and a couple of boys which names will probably be more known after the film is released (and one of them is the son of Jeremy Irons, by the way). But what inspires confidence is the director and screenwriter Andrew Niccol, responsible for those gems called The Truman Show and Lord of War. Say no more.

You will probably like it if you love: I Am Number Four. I am still a bit lost with the plot of The Host, but I will stick to this one because it is about aliens and teenagers… 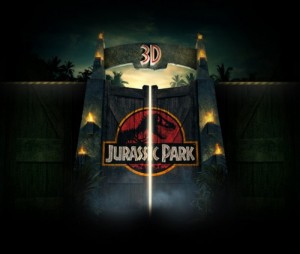 DO I NEED TO EXPLAIN ANYTHING ABOUT THIS ONE?! I know it’s too early on the list, but this release is going to be reminded with every instalment. I will never forget when I saw it at the movie theatre, and I was basically a toddler. Just close your eyes, start humming the amazing melodies that John Williams created for this epic film, imagine yourself in the park…and then think of how incredible is going to be the T-Rex showing you her (yes, they were all female) teeth in 3D!!!

You will probably like it if you love: Jurassic Park.

You will probably like it if you love: The other Scary Movie films. But this one doesn’t even have Anna Faris, which should say something about this fith parody. Oh, and it has Lindsay Lohan. Ouch. And a post-Two and a Half Men Charlie Sheen. Really, why.