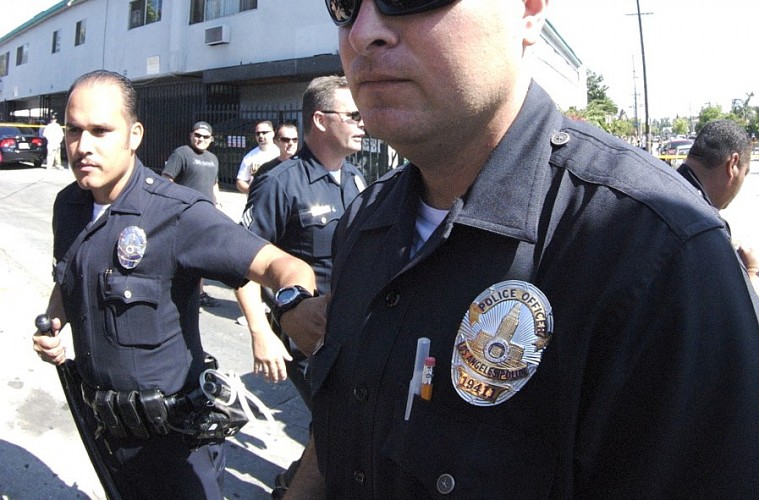 And yet another has happened. Another innocent citizen of America has been shot by a police officer. Officers made a simple mistake, they mistook a phone for gun.

An innocent bystander, who just happened to be in the wrong place at the wrong time, was holding a mobile phone on his own property and was shot last week. The police report states that the officers were justified however; saying they perceived an “imminent threat” because they believed his phone to be a gun.

Danny Sanchez of Rancho Cordova, California was the unarmed and desperately unfortunate man who was shot by police, has undergone surgery to remove bullet fragments from his leg. You would think that shooting an unarmed civilian might mean a suspension for the officer, no such luck however. The officers who shot at him are reportedly on paid leave while the Sacramento County Sheriff’s Department investigates the shooting.

The incident happened last Thursday when Sanchez’s next-door neighbour, the actual criminal in this case, Ben Ledford, was allegedly “firing up to 100 machine gun rounds at a home across the street, killing a dog inside the house,” CBS Sacramento reported. Ledford eventually surrendered to the police so at least they didn’t shoot him, but officers then opened fire on Sanchez after they saw him stand at the edge of his open garage and extend his hand out with an object, which turned out to be his phone.

“He was yelling, ‘Dad I’m shot, I’m shot,’ so I grabbed him inside and closed the garage door,” said the man’s father, John Sanchez, according to local reports. “I put a tourniquet around his leg and a clean towel.” Danny Sanchez was apparently either taking pictures or video of police, which he is entitled to do no matter how many times you see videos of police officers saying it is illegal.

Police “told him they were sorry that he got shot and everything, that they made a mistake,” John Sanchez told a news crew in Sacramento. The scene itself is now riddled with signs of violence, there are bullet holes in the garage and car at the Sanchez’s home.

Officers thought there “was an imminent threat to themselves and another person across the street,” and “discharged their weapons based on what they perceived at the time,” Sgt. Jason Ramos told reporters. Sanchez’s home was searched and he was “detained briefly” for questioning, but he is not facing charges, the report said.

“Needless to say, it took us some time to find out who had what role in this incident,” Ramos told CBS Sacramento.

On Thursday, Ramos described Sanchez’s actions to Fox 40 in more suspicious terms, saying that “officers observed a man inside a garage holding what they believed to be a gun. He refused to put it down and they shot at him as he retreated back into the house.” Now I have never been a situation like this with the police but I would imagine Sanchez might have used the word phone at some point to describe the object in his hand and yet still he was shot at.

After it became known that Sanchez was holding a phone and not a gun, Sgt. Ramos told KCRA, “I think it’s reasonable to think that the officers perceived an immediate threat either to themselves or continued threat to that individual [across the street].”

I again have to question this. Most iPhones tend not to look like a machine designed to kill you. These kinds of incidents are happening far too frequently. Police shooting first and looking for justifications after the fact, police training needs to be changed in America if the first response to an object is to shoot at a member of the public. Who knows it might even save some lives.