To kick this week’s Premier League action off, Arsenal hosted Man City. My feelings on Arsenal from this fixture; much improved from last season. Last year, City beat Arsenal 6-3. Therefore a 2-2 Draw is a much welcomed change in Arsenal’s performance against other large clubs. Jack Wilshere looks like he may be about to recapture form, which is a welcomed change as Arsenal aren’t as strong in midfield as other teams. They could do with a strong, tall centre midfielder to control the midfield, like Yaya Toure does for City. This would help their defence, that as we have seen so far this season, concede needless goals, and therefore drop points. Also in this match, Danny Welbeck made his Arsenal debut. 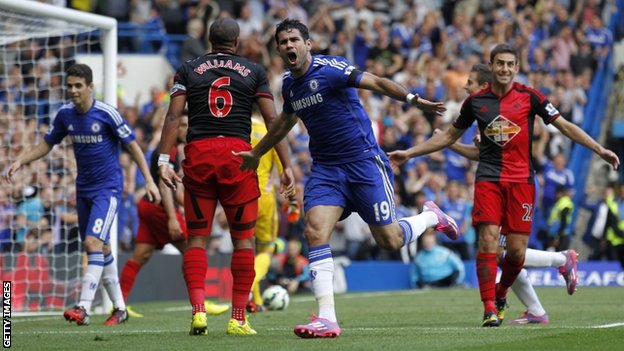 He almost made and instant impact when he tried to chip Joe Hart from close range, but ended up hitting the post. It wasn’t an amazing debut, but Arsenal fans can definitely take some positives from his performance. City on the other hand, could be in a spot of bother as in their last 2 games, they have picked up just 1 point from a possible 6. Their schedule doesn’t get any easier as they face Bayern Munich in the Champions League on Wednesday, and on Saturday, they face Chelsea in the BPL. If City hit poor form, their season may be in jeopardy.

Chelsea and Swansea. The two teams that have impressed me the most at the start of this season. In past seasons, this match would have been seen as a definite Chelsea victory. This season, Chelsea were still the favourites, but because of the form Swansea had been in, the match was in the balance. After 90 minutes, and despite conceding an own goal first, Chelsea emerged victorious. Diego Costa was again impressive, scoring his first hat-trick, and Remy scored his first goal for Chelsea. This means that the blues pull 3 points clear at the top of the table. I would not be surprised if Chelsea were ahead by at least 10 points by Christmas. Swansea played a good game, but Chelsea had the stronger side by far. The Swans next two matches are against Southampton and Everton (both in BPL at home). I expect Swansea to pick up 3 points against Southampton, but Everton may be more of a challenge.

The weekend’s only 0-0 draw was at Selhurst Park where Palace and Burnley played out a draw.

The high point of the match was when Julian Speroni saved a penalty in the last seconds of the game to save Palace a point. Both these sides are still looking for their first BPL win of the season. I am worried for both of these teams, however, I worry less for Palace. They have BPL experience from last season and as I recall, everyone had lost hope in them by Christmas, then Tony Pulis came in and changed their season pulling them up to 11th. Despite Pulis’ transformation of Palace, I still rate Neil Warnock more as a manager. I am confident that Palace will survive, but if they do, they could be dangerously close to the bottom.

Because of the amount of good players that the Saints sold in the transfer window, I was worried about them this season. There was also the fact that most of the players they bought in were new to the Premier League, and as Tottenham learned last season, sometimes players from different leagues don’t gel so well. No matter how talented the player. However, in this fixture, Southampton silenced the doubters by Crushing Newcastle 4-0. Pelle was again on form scoring 2 goals, taking his season tally to 4. Other goals were scored by Cork and Schneiderlin. Newcastle on the other hand are in deep trouble. They currently sit at the bottom of the table, and the fans are calling for Alan Pardew to get sacked. However, since the match, Newcastle owner Mike Ashley has said that he supports Pardew, so it is unlikely that Newcastle will be seeing a new manager in the dugout of St James’ Park. 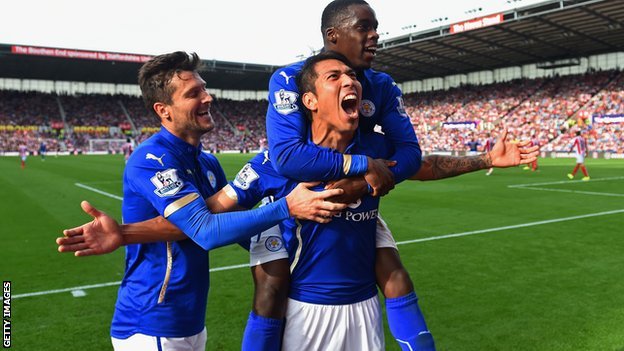 Like Arsenal and Manchester City, Sunderland and Tottenham also drew 2-2. There was a crazy flurry of goals in the opening minutes as Chadli gave Spurs the lead after 2 minutes. However, Johnson gave the black cats the equaliser after 4 minutes. Tottenham were set for the win with 10 minutes to go, however, Spurs substitute Harry Kane managed to score and own goal and throw away 2 points for his side. In these early stages, Spurs are sitting comfortably in 6th place. Sunderland on the other hand are in 14th on 3 points, but are still looking for their first win of the season.

Everton also got their first win of the season with goals from Lukaku and Mirallas. It was a poor showing from the baggies and they deserved to lose by more. Both goals were from errors by the West Brom defence. The first goal happened because of a Jonas Olsson error. The second goal was the result of a Ben Foster Error. If West Brom had actually played a decent game, they could have got at least a 0-0 draw. Like Newcastle, West Brom are in trouble. They sit in 19th, only because of a goal difference of -5 (Newcastle have -6). There is only one team with a worse goal difference is QPR with -8. 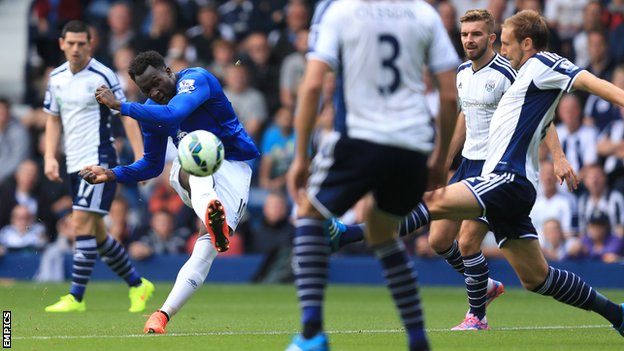 Liverpool suffered a shock 1-0 defeat at the hands of Aston Villa, who have been their bogey team. Sturridge was out for this match due to  injury, which meant Balotelli was able to make his home debut for Liverpool. Again he was ineffective, and there are people beginning to doubt that he is going to fit in at Liverpool as well as he did at City and Milan. Because of this result, Villa launched themselves up the table and sit in 2nd place on 10 points. Liverpool on the other hand sit in 8th on 6 points.

In the only Sunday fixture, Manchester United dismantle Harry Redknapp’s QPR side 4-0. Di Maria scored his first goal for the club, as did Herrera. This was Man Utd’s first win of the season, and I feel they will be able to build on this victory to have a fine season. However, whether they will be able to gain Champions League football this season remains to be seen. QPR on the other hand need to up their game if they want to avoid relegation again. I like Harry Redknapp and his team, however, they may be in the relegation scrap this season with most of their key players leaving from their loan spells from last season. 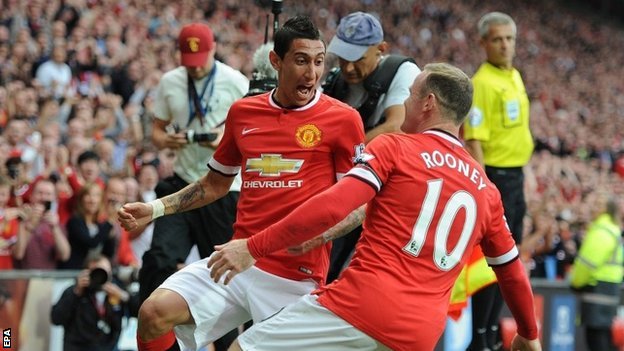 Hull and West Ham played out a 2-2 draw in the final match of this week. Hull seemed to have the game in their grasp at 2-1 with 64 minutes played. However, Davies undid their hard work by scoring an own goal. West Ham’s Enner Valencia also scored a 25 yard screamer. Hull and West Ham now both sit in mid table positions and I expect them to stay there for the rest of the season, (or possibly higher for Hull) 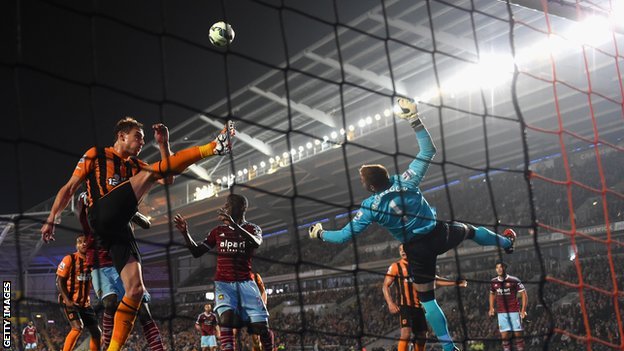